No, really. When people get to talking about pandas, you always hear how damn stupid they are. They’re carnivores trying to eat bamboo! They still have a carnivorous digestive system, populated with carnivore-like microbiota! Their digestive tract and enzymes are all adapted for a life of carnivory! For some reason, they are stubbornly trying to eat something they’re not set up to digest, and they’re doing that exclusively! Pandas, man.

If you stop and think for half a moment, though, that doesn’t really make sense. Natural selection just wouldn’t tolerate that situation: if they weren’t adapted to the niche they’re in, they wouldn’t be alive. Pandas would be just fine digesting bamboo if only we could stop destroying their habitat, and give them the room to roam and eat bamboo of the appropriate species at the appropriate times of year. Pandas are not endangered because they can’t digest their highly specialised diet. They’re endangered because they can no longer readily obtain their highly specialised diet. 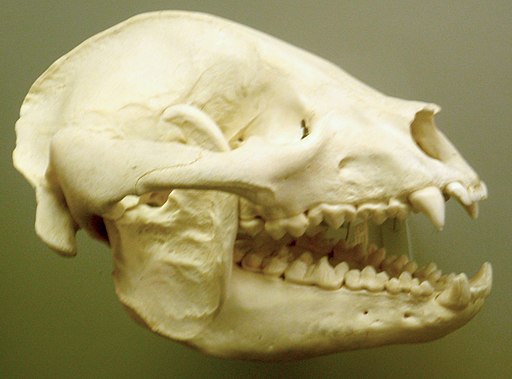 They’re perfectly adapted to eat that highly specialised diet, in fact. They have a skull, jaw and dentition that perfectly enable them to consume bamboo (the incisors can bite off chunks, while large molars let them grind the fibrous material), with musculature that gives them a powerful grinding action with their jaw. They actually have a thumb which allows them to handle the stalks more easily, and strip off leaves. And recent research shows that despite the highly fibrous diet, pandas eat to extract as much protein as possible from the bamboo, choosing the species which will have a high proportion of protein at the right times of the year.

They are still specialised in a way that puts them on par with other carnivores, it’s true. It’s just that they get the entirety of the protein they need from bamboo. They’re not chewing on empty calories — their diets are comparable in macronutrient content to large predators, including the big cats.

I’ve heard a lot of arguments that pandas are photogenic but useless: an evolutionary dead end that makes no sense. Quite the contrary: pandas are highly specialised, it’s true, but if we weren’t destroying their habitat, they’d be doing juuuust fine. It doesn’t follow that we should let them take over in our urge to conserve worthwhile species, but we can drop the argument that pandas just don’t make sense.