Did you know that Elon Musk is ruining the night sky?

Sounds like an overreaction, right? How can he be doing that? Okay, well, he’s not personally doing it, but the SpaceX Starlink network of satellites really is — at least if you’re an astronomer. So, why is this the case, when other satellites don’t cause problems?

Well, the Starlink satellites are really big, and they’re made of reflective material. The light from the sun (and light from the sun reflected back from Earth) combined with this high reflectiveness makes them the brightest objects in the sky. Their paths are also not predictable, so astronomers aren’t able to just look at the sky while they’re not passing. Here’s a picture from Forbes’ coverage, just to demonstrate the mess they make of astronomical data: 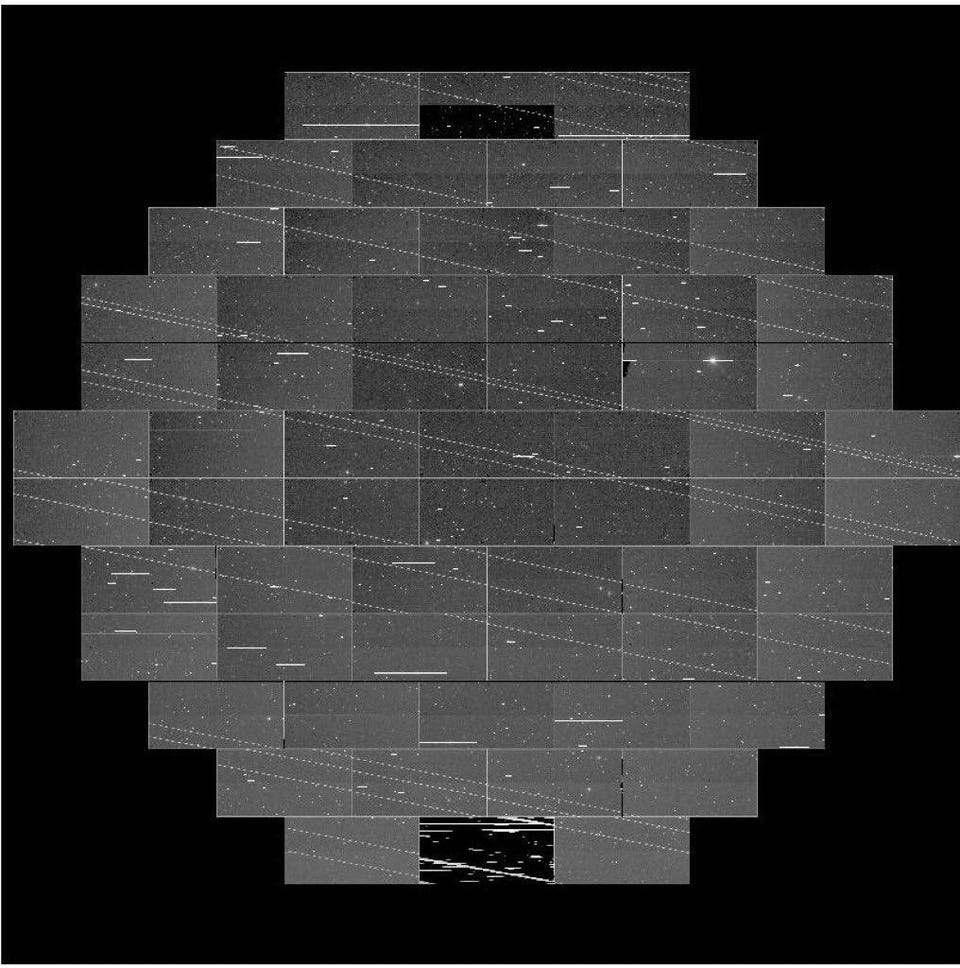 So Elon Musk’s SpaceX is actually hindering our attempts to understand and appreciate the universe around us — for the sake of GPS and 5G.

You can read a full article about this here, which goes into the details so beautifully I don’t think there’s any point in me repeating their reporting!